I was recently bowled over by the powerful work of Adrian Piper currently on display in Venice.  A conceptual artist with a PhD in philosophy from Harvard, Piper was born in New York City and works out of Berlin. Her art opens eyes and seeks to build bridges between people. Last week at the Biennale, she received the Golden Lion for best artist for her efforts.

Among the group of pieces is an interactive installation titled “Rules of the Game” which called on viewers to sign life-long contracts at three separate desks, with one of the three rules:

I will always be too expensive to buy

I will always mean what I say 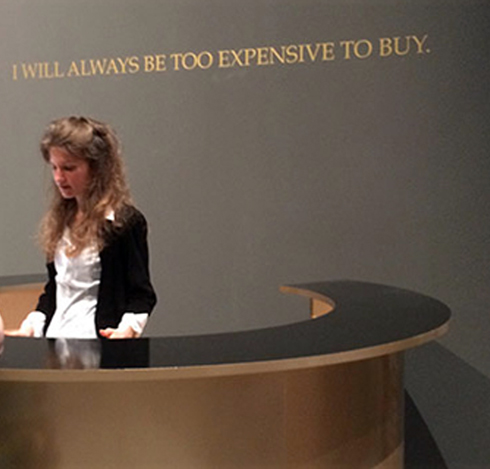 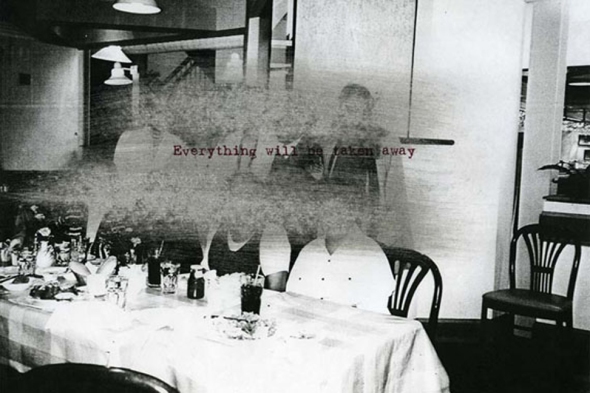 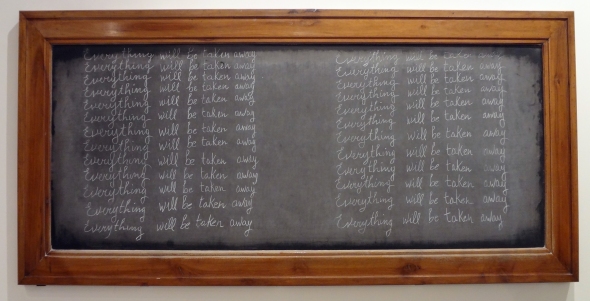 In another room, objects were covered with the words “everything will be taken away” and hung next to a giant photo of the Nazis at their Degenerate Art Show. I was taken, as is often the case, by the way the work effected the audience, or didn’t. You can see in the photo at the top of the post, viewers standing around blankly, while the man on the right talked loudly on his cellphone for the entire time I was viewing at the work. Her ominous prediction sees so much more probable in this setting. After a week of contemplating the theme of All the World’s Futures, I found Piper’s directness on the topic hard to describe as anything less than courageous and superb. 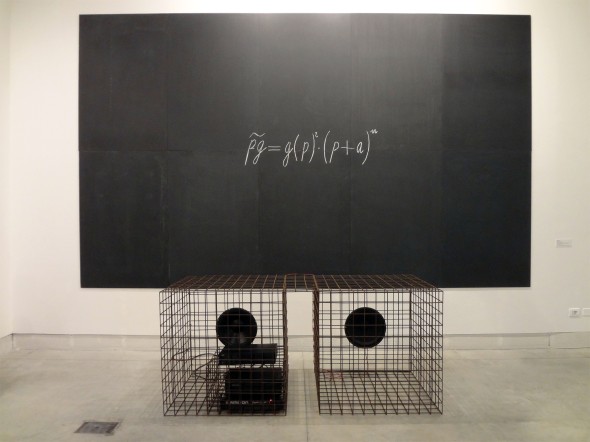 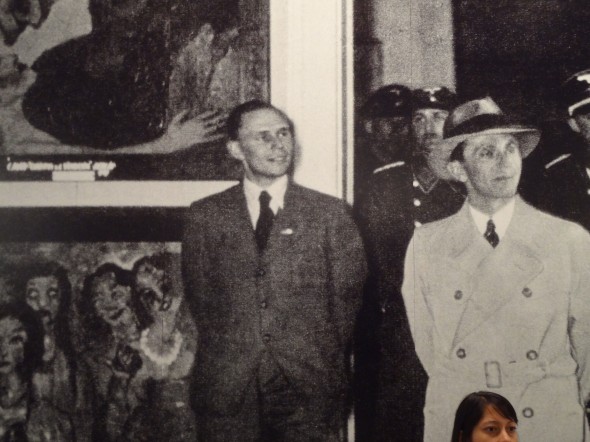 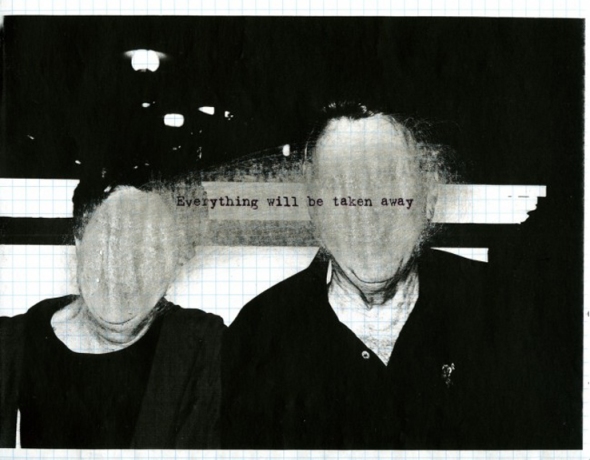 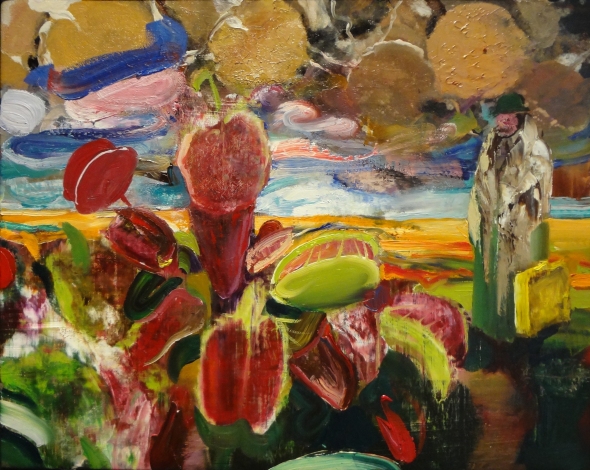 This image of a giant Venus Fly trap dwarfing a man in a trench coat standing underneath a menacingly heavy sky was a stand-out at Ghenie’s speculator painting performance at the 56th La Biennale di Venezia in the Romanian Pavilion.

I first came across Adrian Ghenie’s work at Pace in New York in March of 2013. A painter friend of mine encourage me to check out the show. The strength of the work is Ghenie’s ability to harmonize elements of abstract figuration and more realistic interpretations all in the same canvas. 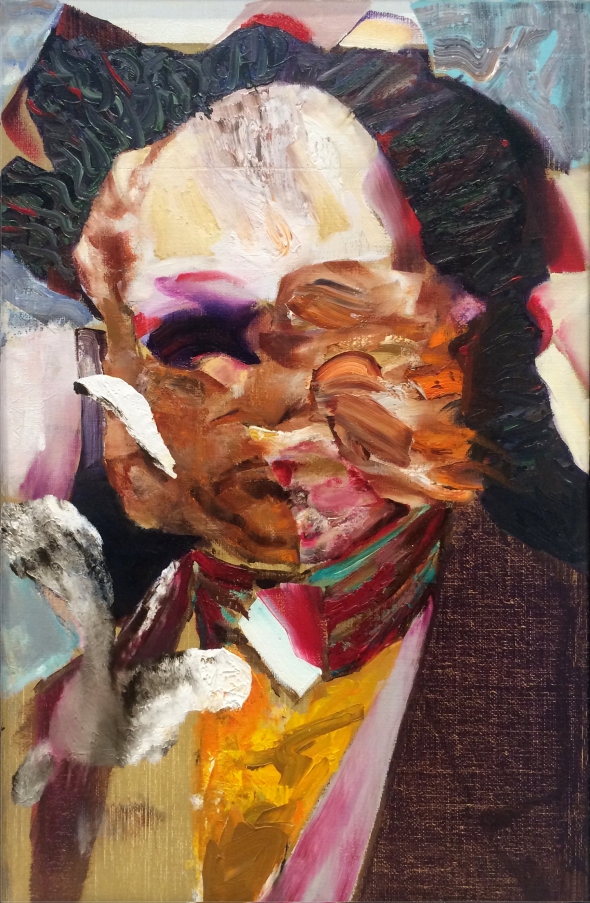 I was excited to see what a fellow painter would do given the chance to represent their own nation, in this case, Romania. In his show “Darwin’s Room” Ghenie uses Darwin, evolution, and survival as themes for his grand brushwork and sheets of oil. He switches between and harmonizes intimate slow moments of finessed detail, larges areas of squeegeed paint, and thick sections of impasto. 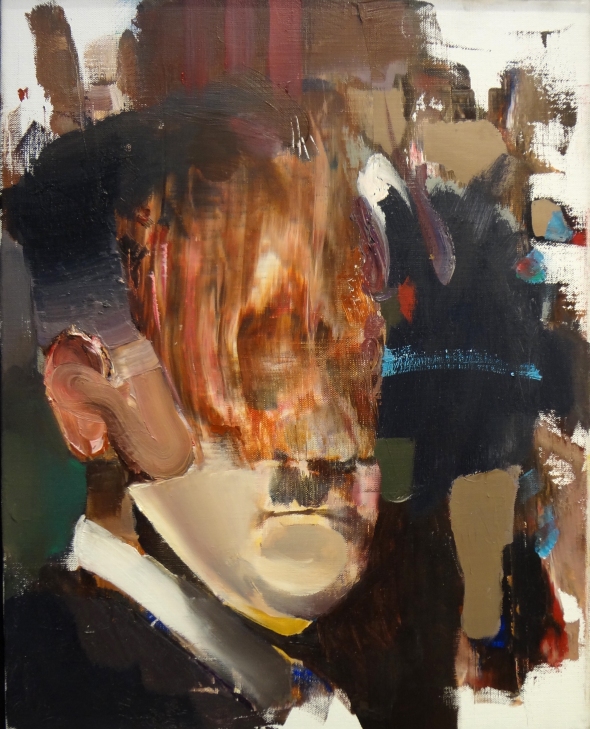 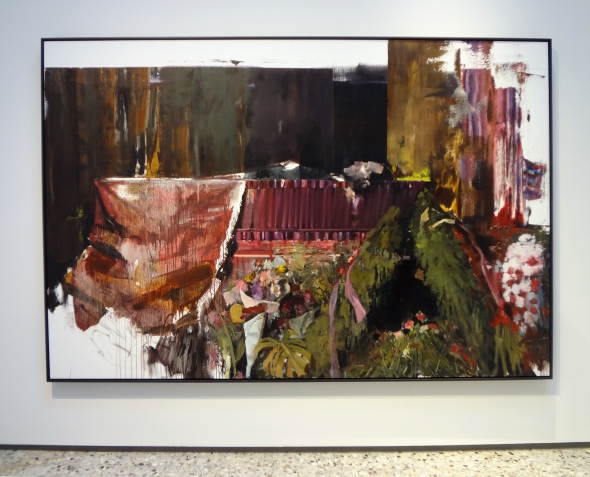 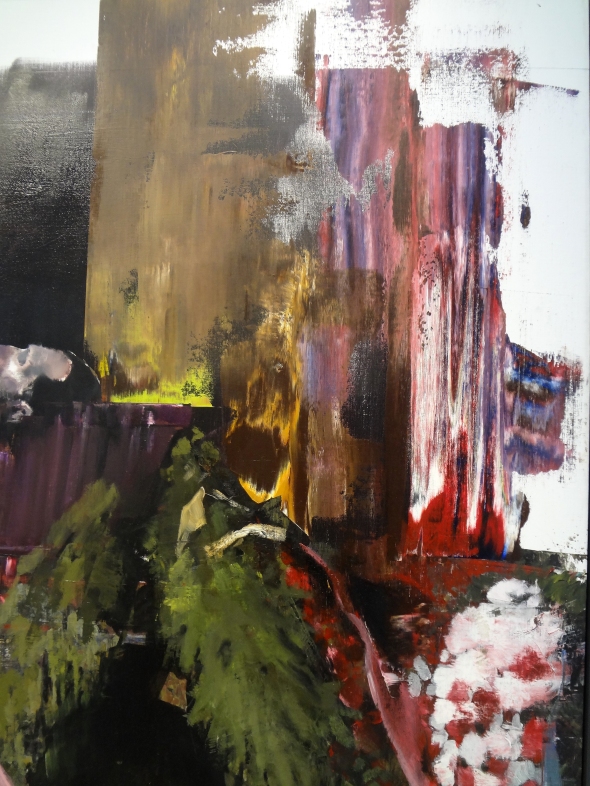 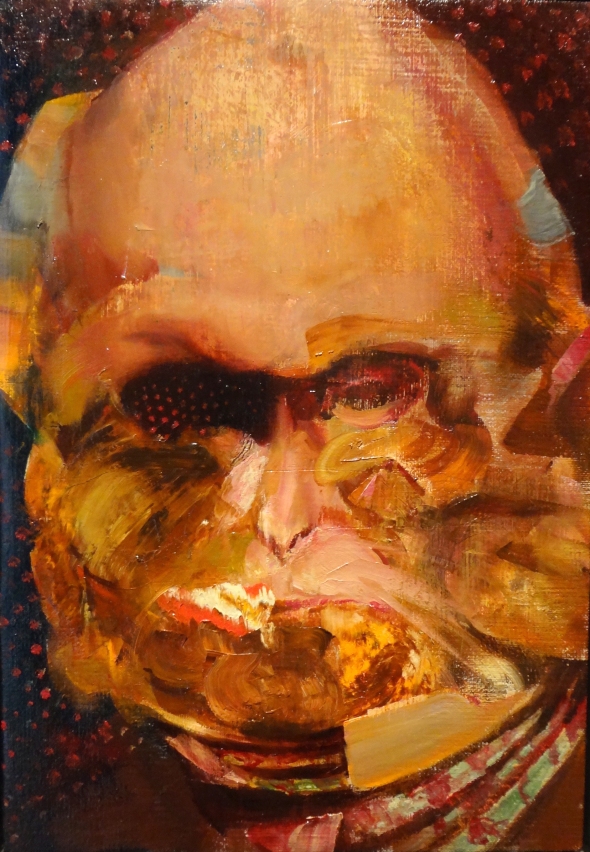 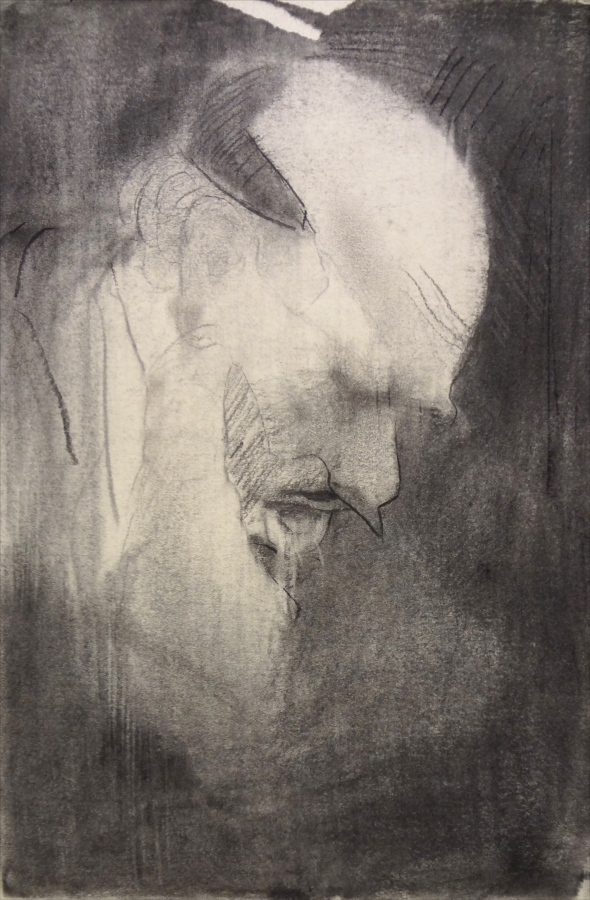 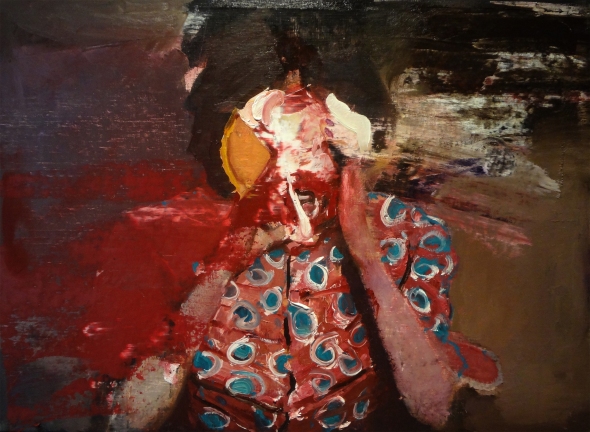 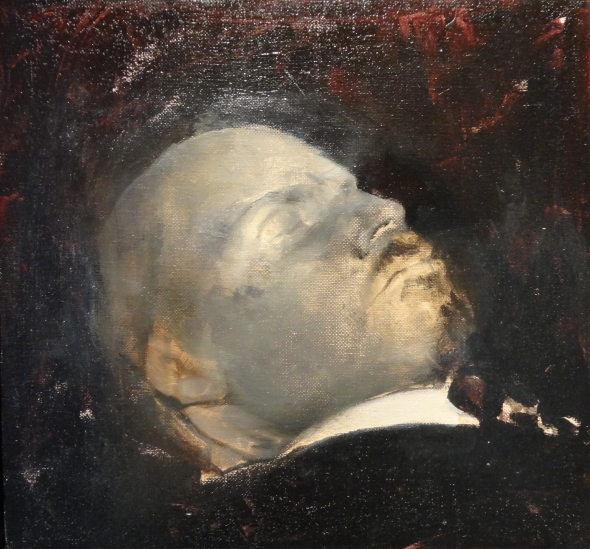 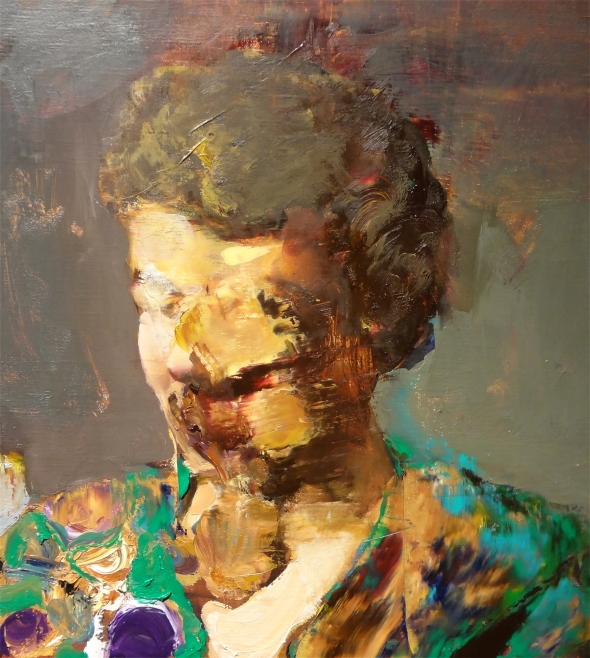 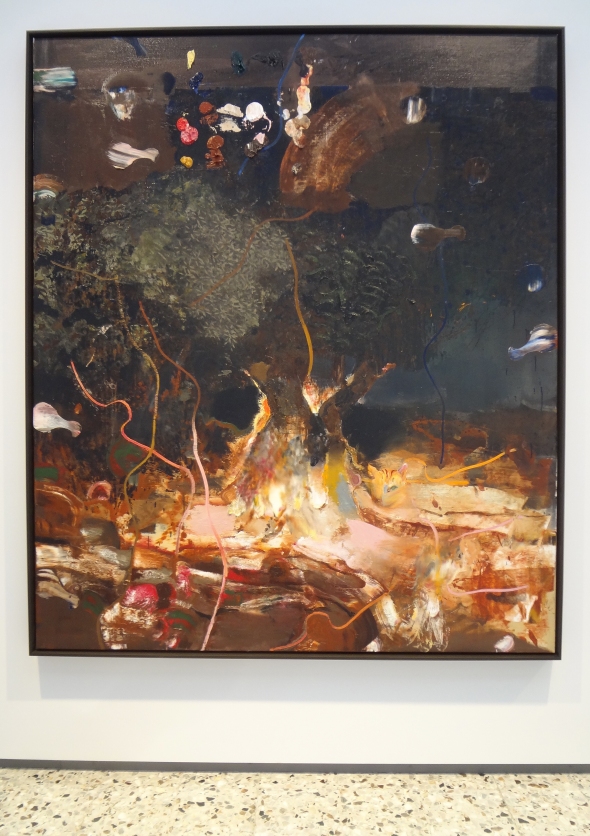 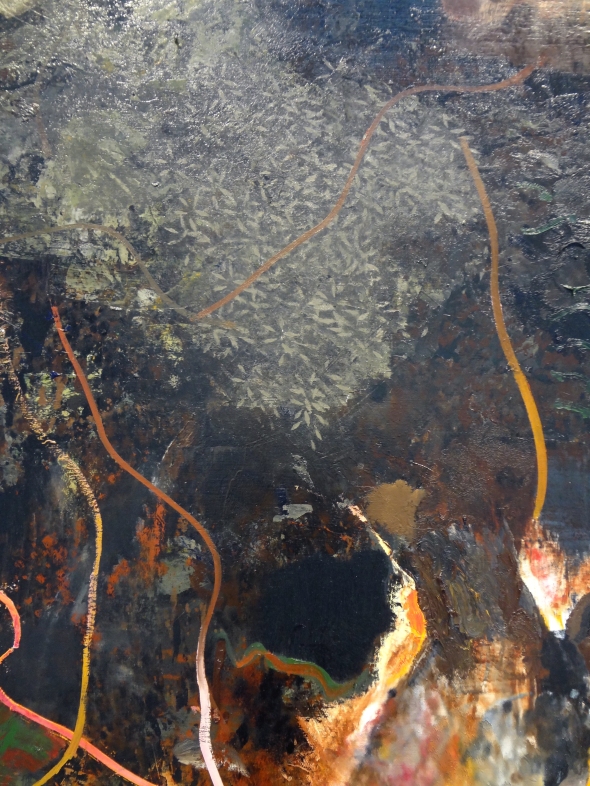 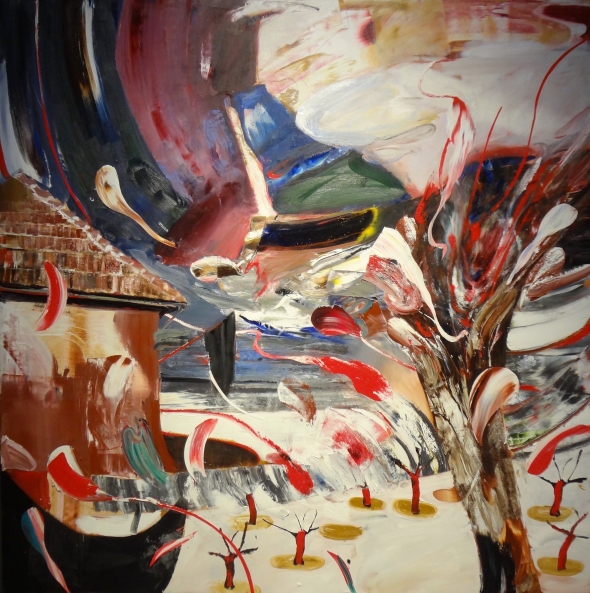 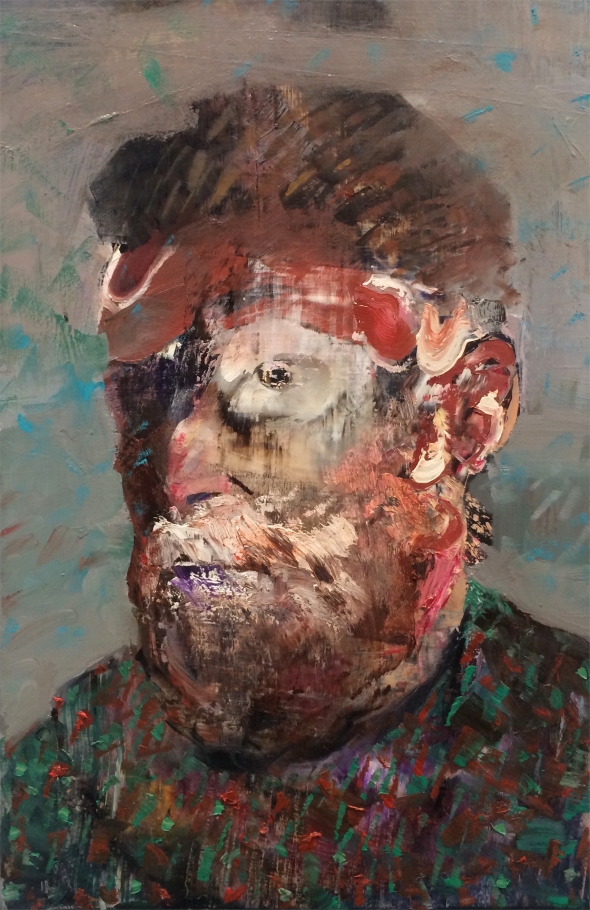 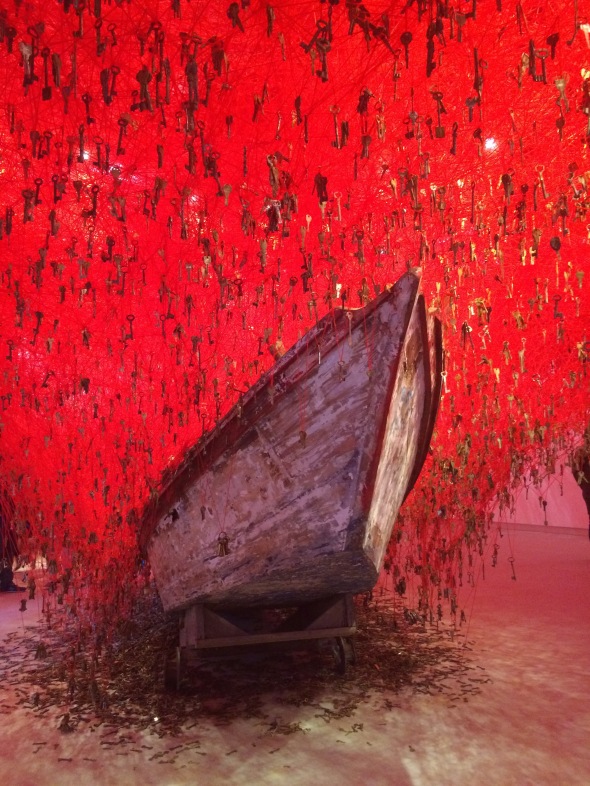 Chiharu Shiota’s  “The Key in the Hand” installation is a bold vision of the the dark beauty of the human life lived. This Berlin-based artist was born in Osaka Prefecture in 1972.

Curator, Hitoshi Nakano- “After being confronted with the deaths of several intimate friends and family in recent years, Shiota has converted these experiences into the lingua franca of pure and sublime art without averting her eyes from the reality that all human beings must face “life” and “death” but that each of us must do so individually. “ 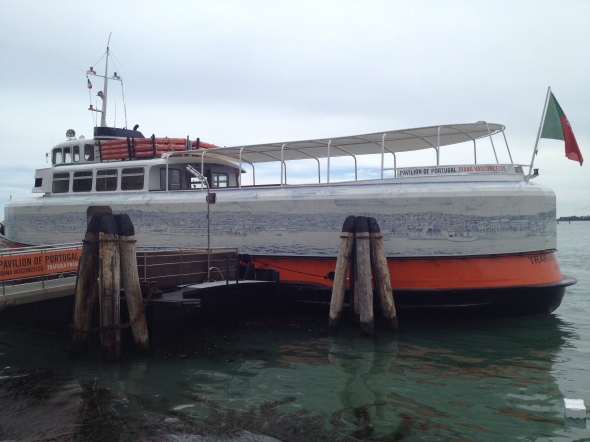 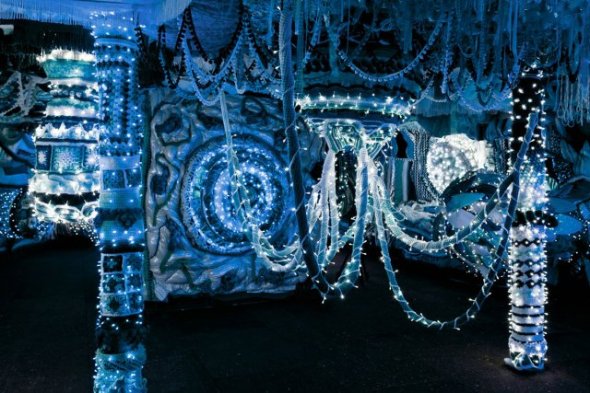 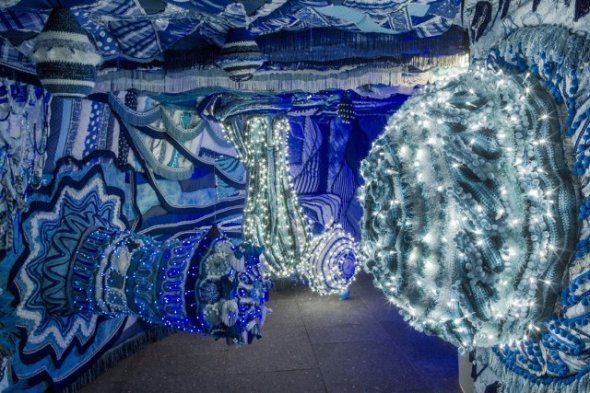